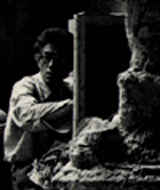 "The sense of depth begets silence, drowns objects in silence." 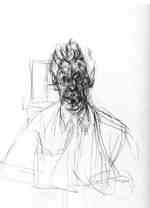 "What interests me in all paintings is resemblance--that is, what is resemblance for me: something which makes me discover more of the world."

(He was commenting on working with his brother Diego posing as model.)

(He made this remark after a trip to the movie theater.)

Most of the reproductions presented here come from the excellent "Maeght--Dupin" book.

Back to the page that brought you here

Back to the front pageÝ